Active Shooters and Radical Extremism
It is important to understand that there is a difference between Active Shooters, Radical Extremist, Political, Religion or Ideological Terrorists. To classify all violent events as Terrorist Acts misses the possibility of law enforcement to be able to get a handle on the tragic events occurring across the world today. 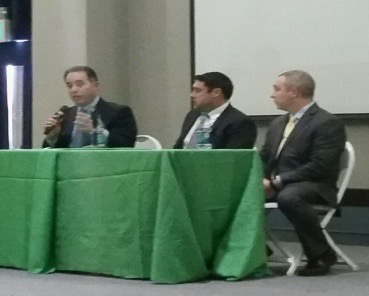 Seton Hall University
PSI identifies the difference through an understanding of their typology and motivations. Timothy McVeigh bombed the Murrah Federal Building (Oklahoma City, OK) on April 19, 1995 as a retaliation against the Federal Government for the burning down of the Branch Davidian (Waco, TX) two years earlier on April 19, 1993. Dylan Klebold and Eric Harris went on their Active Shooter spree in Columbine High School on April 20, 1999 in an attempt to kill more people than Timothy McVeigh did in Oklahoma. However, David Koresh, Timothy McVeigh and Klebold and Harris had totally different motives and typologies.

PSI further identifies the differences between Domestic Terrorism, International Terrorism and Inspired Terrorism, to further understand and by doing so; prevent acts of Active Shooters and Radical Extremism in our Homeland. The recent rise in the Lone Wolf self radicalized acts of violence perpetrated towards civilians and the police show the importance of having a clear understanding of what we are facing to better confront it.

Dr. Richard Reyes confers with Police Director Jerry Speziale, Police Chief William Fraher and Sheriff
Richard Berdnick on a potential hostage situation at a local Mosque in the City of Paterson, NJ.
The 9/11 Commission Report found that the “attacks were a shock, but they should not have come as a surprise.” In their review the 9/11 Commission found that, “ across the government there were failures in imagination and policy...”

Research on Active Shooters and Radical Extremist continues to identify that most offenders release their intention, known as “Leakage,” to their friends and family; co-workers; in their writings on the Internet or directly to the people they intend to do harm too. And although there is not one specific profile there are identifiable characteristics that we should all be aware of.