Group Violence Intervention
Research on homicides and shootings has confirmed what most police officers working in high crime urban areas already knew; 60% to 70% of gun violence is related to group (the term group is used to depict gangs, crews, posse, etc.) and group member conflicts. 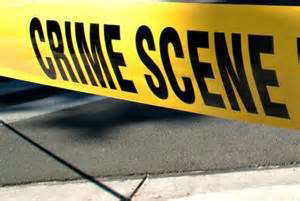 PRINCIPLES OF DETERRANCE
Punishment should be: Certain, Swift [Theory of Association] and Severe [Recent research in Criminology indicates that Fair is more appropriate].
Cesare Beccaria, 1764

Working together with community organizations, faith based / outreach groups and law enforcement, the identified individuals are personally contacted, and through the partnerships, they are offered assistance to escape the addiction of the streets. However they are given a clear and unequivocal messaging that gun-violence will stop, if not the result will be a police action that focuses on the individual that committed the gun-violence and the associated group/gang members.

Through Focused Deterrence the emphasis is on specific individuals and their gangs /groups. Working directly with community and faith based members to ensure trust and legitimacy, the police and community have found mutual respect to lower gun violence.

While some urban cities throughout the country are finding themselves with a rise in homicides and shootings, other urban cities are continuing to see a reduction in Part I crimes. In 2015 the City of Paterson, NJ implemented the “Safe City Initiative”; a strategy based on Focused Deterrence. As a result of this initiative the City of Paterson has seen a reduction in Part I crimes and continues to benefit from the relationships developed with the community.


NJ reports show Paterson violent crime down 18.8 percent over start of this year.
The Record, July 21, 2015